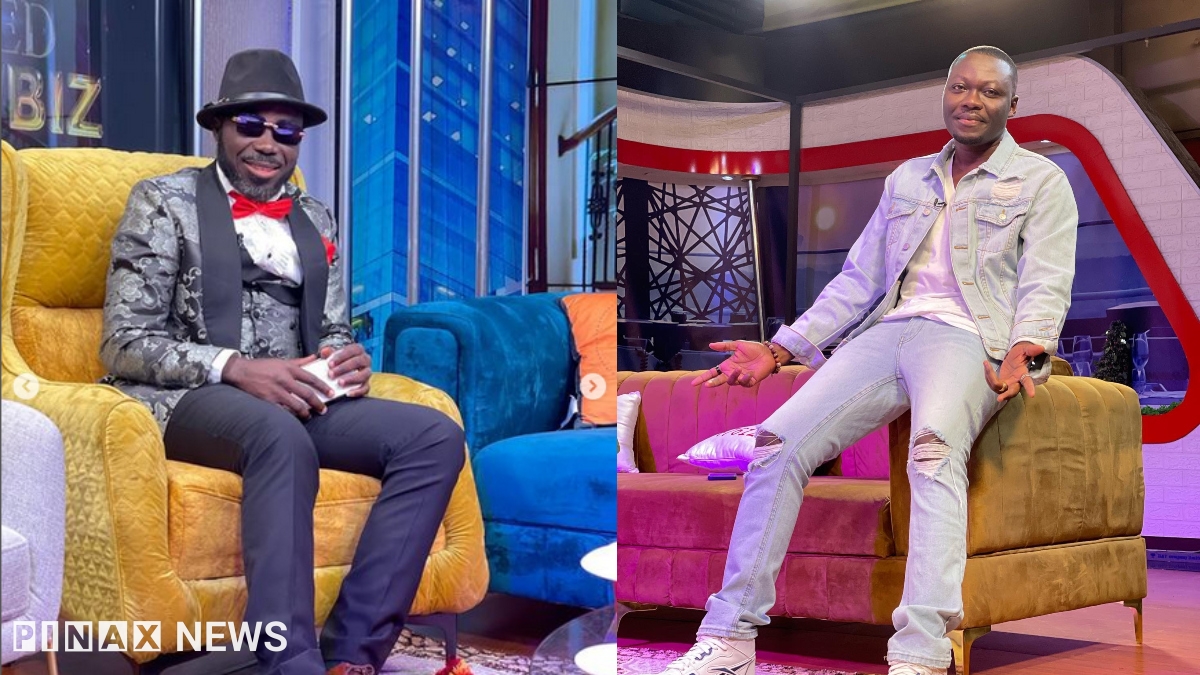 “I will slap and hit you with my shoe if you disrespect me, I am 15 years older than you” Big Akwes attacks Arnold on live TV

Controversial Ghanaian Actor Akwasi Asamoah popularly known as Big Akwesi has threatened to slap Entertainment analyst and media personality Arnold Asamoah Baidoo if he continues to disrespect him since he is older than him. The Kumawood Actor was a gust on the popular United Showbiz program which was hosted by his fellow Kumawood Actress Nana Ama Mcbrown.

His attacks comes after he claims Arnold disrespected and made certain comments about him which he wasnt happy with. He claim at that time he and His colleague Lil Win has a beef and Arnold used that Opportunity to insult him on Entertainment Review. Yesterday was however the first time Arnold met Big Akwess after allegedly insulting him on the Entertainment review.

He claim he is 15 years older than Arnold and if the latter misbehaves he will hit him with his shoes. Arnold however denied insulting him and then apologised for his mistake.

Bridget Otoo Pleads With Ghanaians To Patronize Her Cement Business

Uche Maduagwu fires Yul Edochie, send him to the Gutter for Criticizing him and his red brassier