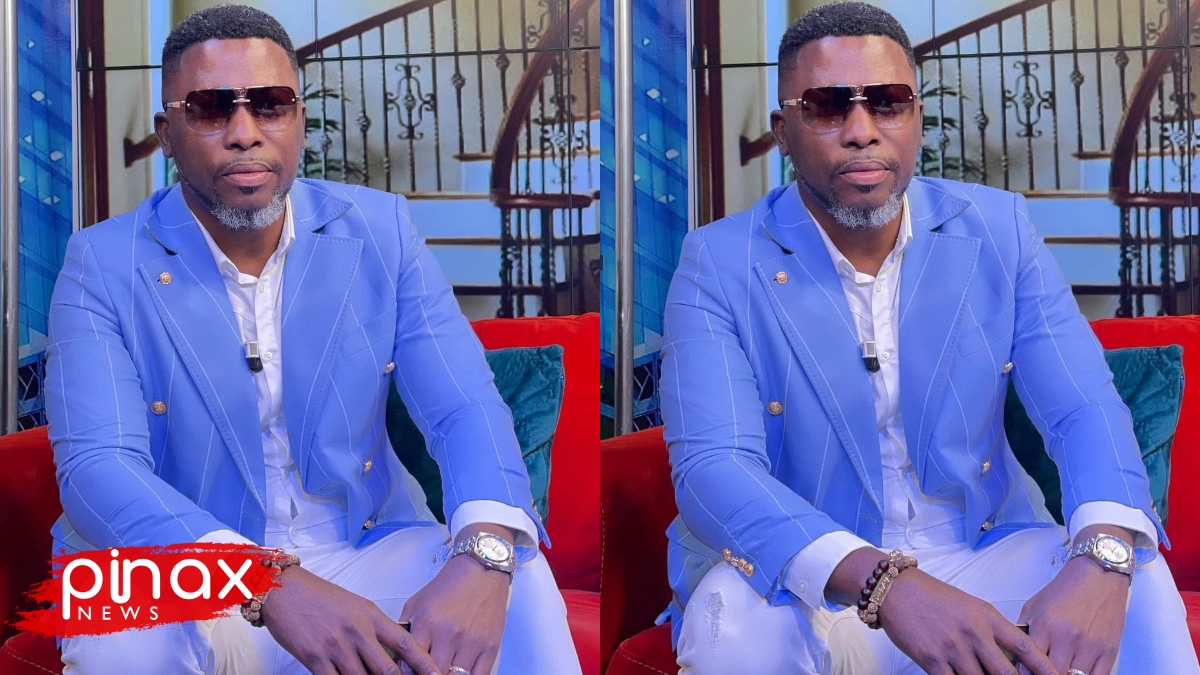 A Plus shares his story, reveals how He moved from grass to grace

Politico-musician Kwame A-Plus has described for the first time his journey from the gutter to the spotlight. In a long social media post, the lawmaker who now positions himself as an anti-corruption advocate said that he only had £50 to his name when he arrived in the nation’s capital.
He said that in order to pick up a vehicle to get to Accra, he had to walk from his village to Winneba junction.

On his social media he wrote:

In 1998, I walked from Gomoa Asebu to Winneba Junction, where I got on board a “trotro to Accra. Darkuman Junction, to be precise. My mission here was to record a demo at Slim Buster’s studio. I didn’t have a place to spend the night or money to pay for a hotel. What I had was five hundred thousand (500.000) old Ghana cedis, equivalent to 50 cedis today, to pay for my studio time.

My first year in this city was hell. I was homeless for a very long period and sometimes spent the night in the voice room at Slim Buster’s studio or with friends. Occasionally, Tic Tac picked me up, and we will walk from Darkoman Junction to Nana King’s studio at Dansoman Exhibition Roundabout.

In 2022, I completed Gimpa with second-class upper. Though it would have been easy to enroll in the Gimpa law faculty as a continuing student, I opted for Kaff University College, two blocks from where Slim Buster’s studio used to be.

Anytime I drive to campus, I remember when Agyengo would wake me up in the middle of the night and ask me to wait outside on the veranda because someone was there to record. I remember those early mornings when I had to walk to a car dealership at Kaneshie First Light to wash cars for the late Bra Sammy and Oboy Yankee to get some coins for food. (There is a tree

at the car dealership at Kaneshie First Light, locally known as Abrofo Nkati. I planted it). The road from First Light to Darkoman Junction reminds me that nobody is useless and nobody is even ugly; with a few notes in your pocket, the most unattractive person can automatically transform to look like the fresh prince of Bel-Air

My mates think I don’t talk much. They don’t feel the “Kwame A Plus” they expected to be in class with. One lady said, “Bra Kwame, it’s like you are very calm in person.” No!! I’m not. I get emotional anytime I’m on campus. I’ve seen hardship up close and personal. I know hunger by name and face. I know how it feels to be so scared you can’t breathe. I can draw depression in 3D.

Today, the homeless boy has a bachelors degree in public administration. By June next year, he will have a masters in International relations and diplomacy, and very soon, he will have a bachelor’s in law from a school in the same area where he used to sleep in a shop.

To all of you out there working hard to achieve your dreams, you will make it. Though I may never meet you in this short life, wherever you are, remember that I’ll continue praying for you. If I get the opportunity to help you, I’ll not hesitate.

we will surely wake someone up who will open it and let us in. If you are passionate about something, keep working hard towards it, and when you get fed up and feel like giving up, remember that success comes when you dare to continue doing what you are fed up with doing.

To everyone out there, especially my mates who came down for this photo and all those who didn’t come down because you were busy “tuuing last minute apor,”

anytime you feel like giving up, remember that I used to sleep in a shop two blocks away from campus. It shall be well with everyone. Like I said, I will pray for and with you. Keep your heads up. Your time is coming. Obiaa bɛ yɛ yie!! #Nyametease!