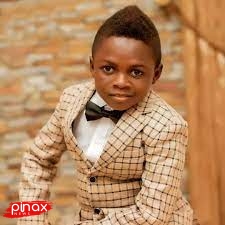 Popular actor Yaw Dobo has stated,he was inspired by Chinedu Ikedieze and Osita Iheme popularly known as Aki and Pawpaw.

He made this revelation on Accra-based OKAY FM,the popular actor stated that he picked up a lot from Aki and Pawpaw acting skills and polished it and that was what has made him into what he is today.

Aki and Pawpaw shot to fame back in 2000, staring in a lot of movies in Nigeria, and they won the hearts of movie lovers around the world.

According to Yaw Dabo, he told his school mates that he will one day be as popular as Nigeria’s Aki And Pawpaw,but they never believed him until he rose to fame.

This is what said during his interview with Okay FM,“I told my mates back in school that I can do what Aki and Pawpaw were doing of TV but they doubted me. I used to watch them and they inspired my craft. I learnt a lot from their acting and polished my craft and here I am now.