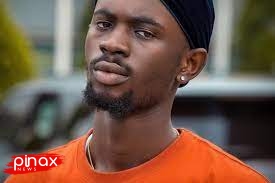 Popular Young rapper Black Sherif has expressed his opinion on people comparing him to bigger artists in the music industry,saying that he doesn’t in any way support them.

The “Kwaku The Traveler” hit maker in an interview with Andy Dosty on the DayBreak show on Hitz, Thursday morning. Black Sherif mentioned that, he has come across several posts on social media,where people are comparing him to Shatta Wale and Sarkodie. According to the young rapper,some people deliberately do this.

He also stated that, those who most often compare him to his senior colleagues only do that for retweets and likes on Twitter. This is what Black Sherif said;

He concluded that “music fans will always be music fans.”