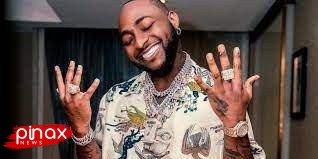 Nigerian pop star,Davido whose real name is David Adeleke,has received backlash after an old tweet he posted about Nollywood actresses resurfaced online.The popular singer made this allegation on his Twitter handle about Nigerian actresses how they make money back in 2011.

Davido revealed in a tweet that Nigerian actresses,star in movies not for the purpose of entertaining the public but instead, to show off their bodies just to attract rich men.

According to him, these actresses fly to turkey to have liposuction and to enhance their bodies,just to star in movies to show case their new and improved selves to a rich men watching. Davido claims actresses now make money sleeping with rich men than acting.

Davido Tweeted, “Nollywood is just a way for women to advertise their goodies to rich men….They make more money banging than acting”.