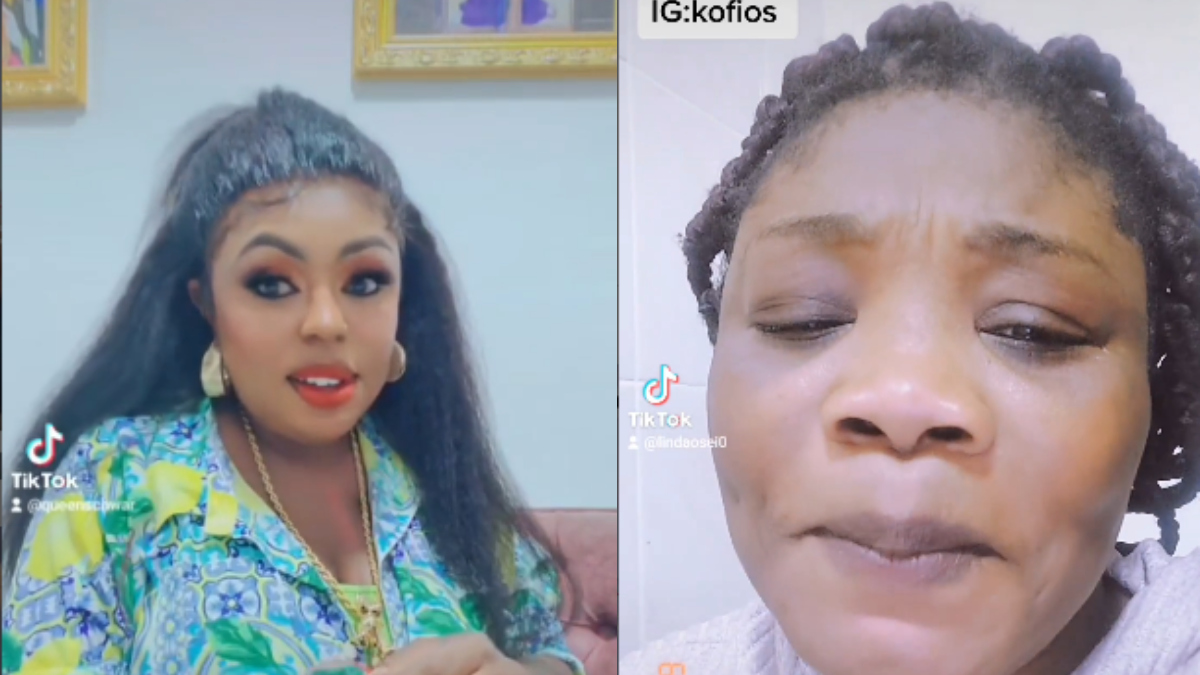 Afia Schwar has once again rekindled her beef with her enemy and Tik Tok Star Maa Linda during a Live video on social media. According to Afia, Ghanaian Journalist Abeiku Santana has allegedly had an affair with the daughter of Linda Osei identified as Felicia.

Afia Claim Linda is currently spreading rumors that Abeiku Sanatana has allegedly bonked Felicia. This comes after Afia claim Linda has made her lose her second Adopted daughter Nhyira hence mercilessly insulting her and her daughters.

However social media users claim they would not allow this to slide as they have called out Abeiku Santana to come out and either confirm or debunk the rumors. Some also bashed Afia Schwar for always dragging people into her beefs with others.