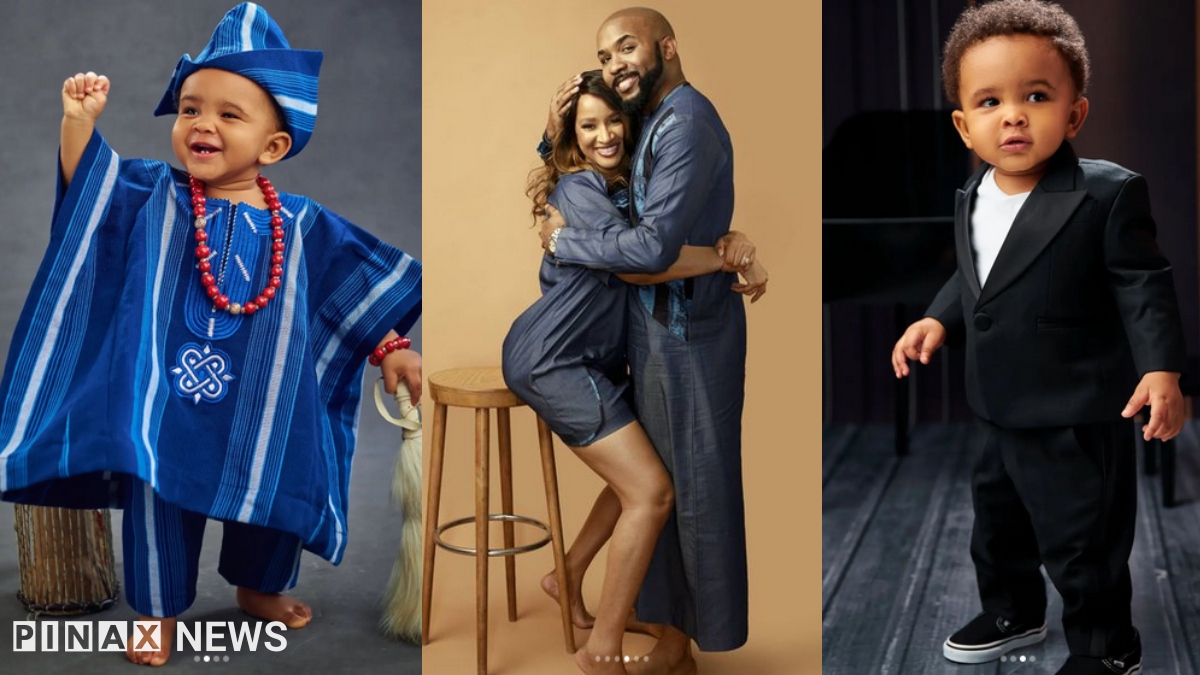 Power couple, Banky W and his beautiful wife Adesua Etomi have finally unveiled the face of their son for the first time. Known in real life as Banky Wellington, Banky is successful Musician who has produced several hit song in the Musician Industry.

The “Yes or No: hit maker is currently married to Nollywood Actress Adesua Etomi who also happens to be a very successful Actress who recently moved into the Music Industry with the help of her Husband. Talking about how they met, Banky revealed that he was introduced to him by his friends during an event and fell hard for her as they begun dating.

The couple once talked about their struggles of their having their own kids after several miscarriages. However they currently have a handsome together which they currently unveiled his face recently. Posting his Photos, His father wrote: My baby had our baby and he’s everything we prayed for…