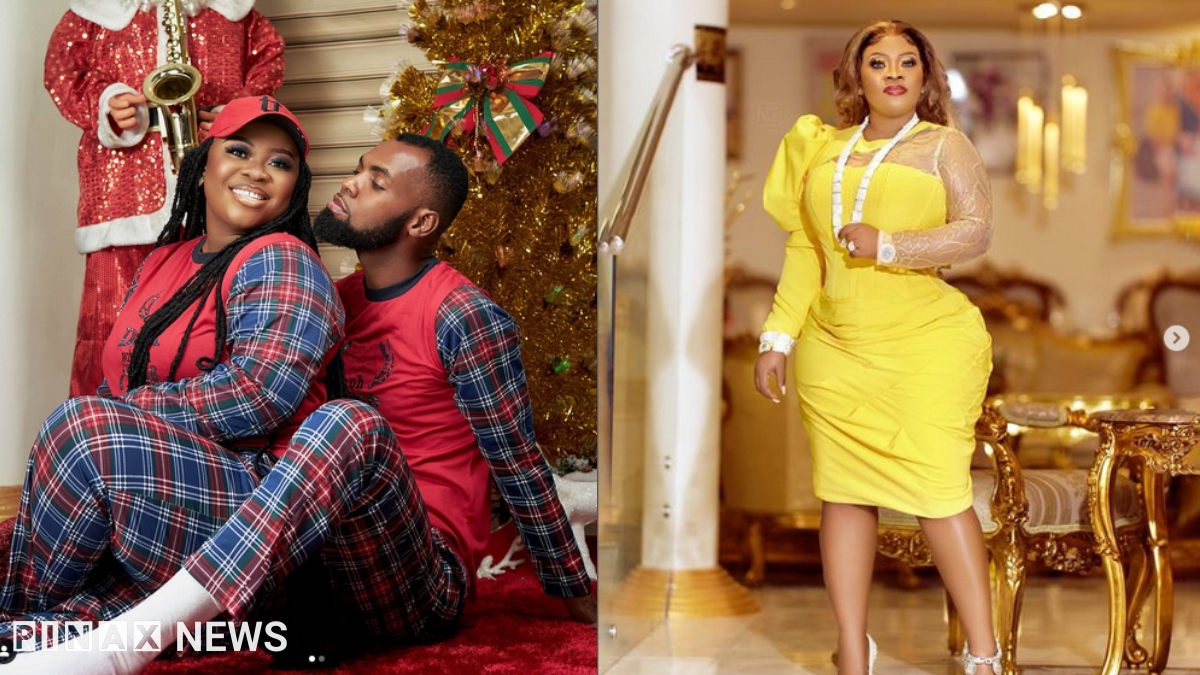 It was earlier reported that Rev Obofour and his wife Ciara have alleged been divorced which came as a shock to Netizens. It was further revealed that Ciara has moved to the USA to start a new life with one young man in Kumasi.

In a new video which has surfaced online, Ciara is seen dancing happily to Shatta Wale’s new Song titled “On God” which has got Netizens calling her out to confirm is the rumours are true. The source also revealed that Ciara filed for divorce because she is fed up with her Husband’s antics. The source claim the mother of 5 is alleged seeing another man identified as Marcus who currently lives in Kumasi.Its been alleged that the Marcus and Ciara have been seeing each other for sometime now and that she even bought him a Car recently

The information was leaked by popular journalist Manasseh Awuni Azuri who made the information known to his followers.He claim social media users shouldnt be surprised if Ciara soon flies Marcus from Kumasi to the USA to stay with him as she has no plans currently to get back with Obofour

Smoking Is The Only Thing That Calms Me Down-Kelvynboy Discloses