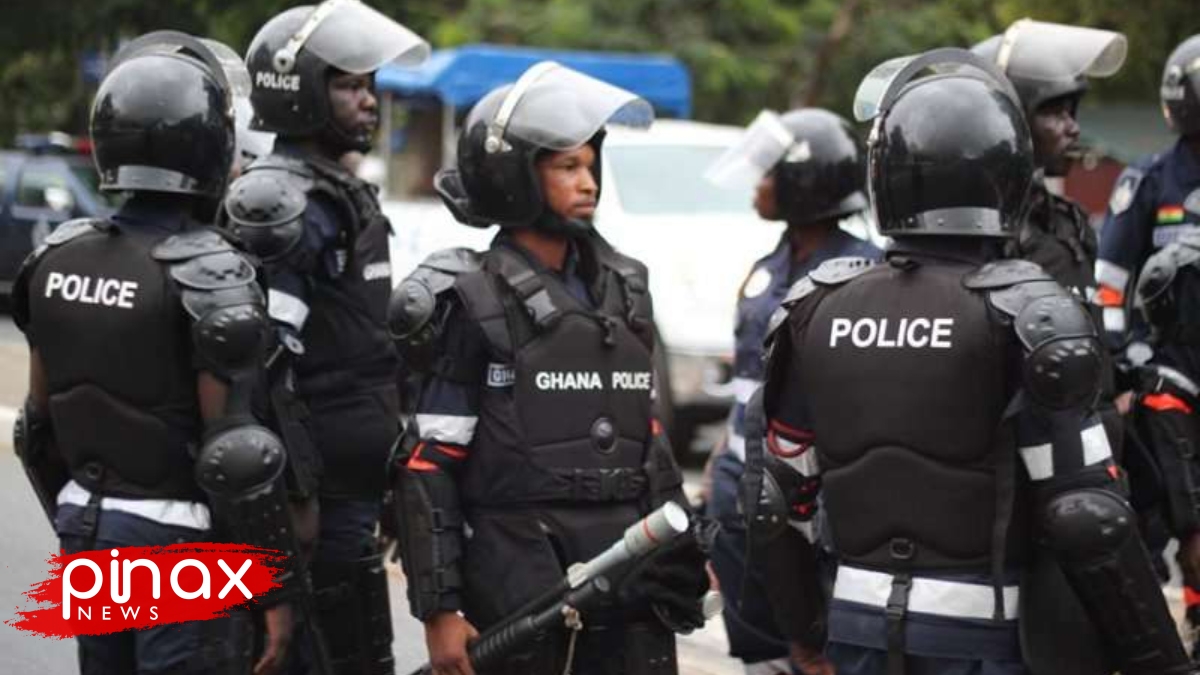 Information currently reaching Pinaxonline from a Post by Ghana Police, 42 suspects have been arrested for various offenses at the Ashiaman to the world festival which took place yesterday the 3rd of September 2022.

Ashiaman to the World is an annul concert organized by Ghanaian Reggae Dancehall Artist Stonebwoy to show his appreciation to the community where he grew up for the love and support. The show is a free concert which has various underground artist showcasing their talent to the world.

However according to Ghana Police on their official Facebook page, 42 suspects have been arrested so far for various offenses involving the use of Toy guns, Cutlass, knives, scissors and other sharp Instrument.

The Police arrested 42 suspects during the Ashaiman to the World concert held on 3rd September, 2022 at the Saka Saka Park in Ashaiman in the Greater Accra Region.

The suspects who are being held for various offences, attacked some of the fans with toy guns, cutlasses, knives, scissors and other offensive weapons at different locations towards the end of the concert.

Items retrieved from them include 2 toy pistols, 10 mobile phones, 5 cutlasses, 5 jack knives, 3 pairs of scissors, 1 wig and a tablet.

All the suspects will be taken through the due process of the law.