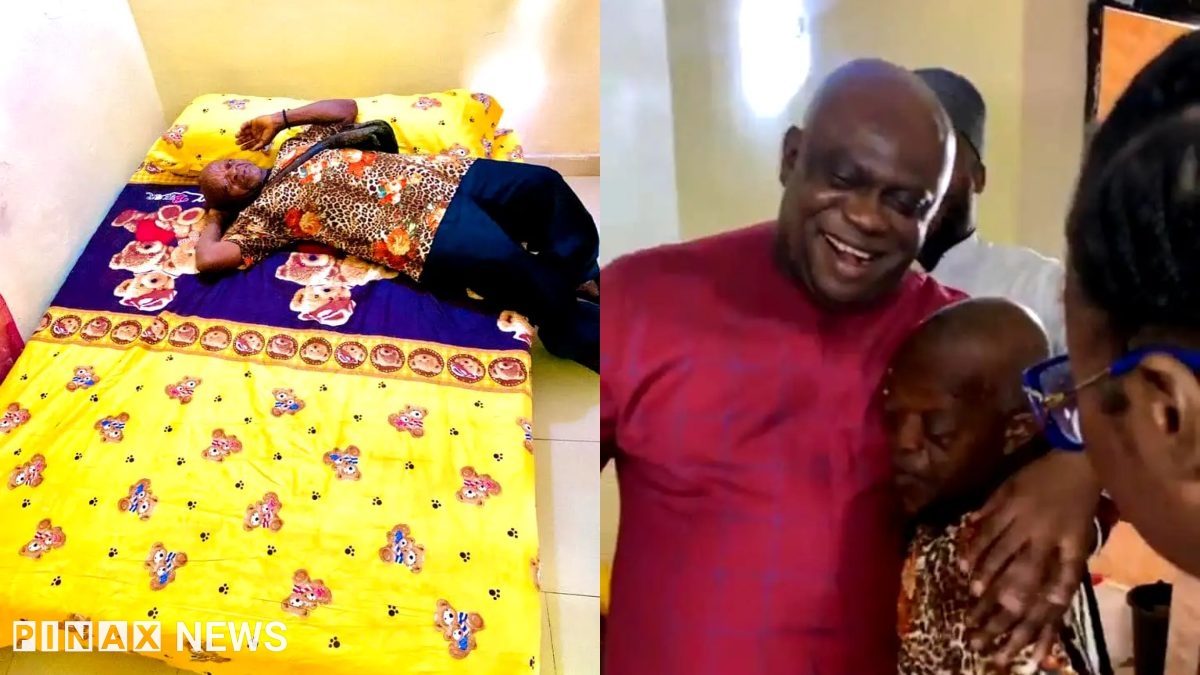 This follows numerous pictures of the actor living in a very dirty environment that’s some social media with some saying that the actor currently lives on the streets as his homeless.

Photos of the house that has been gifted to the homeless veteran actor has filled up on social media and many fans have uploaded the man of God for his kind gesture.

Actor Yul Edochie after seeing photos of the celebrated actor looking very dirty in a very dirty environment called on social media users to get him the actors number so that he can help him out with some money.

I Will Be@t Bawumia, Allan And Defeat John Mahama Hands Down In 2024 Election-Kennedy Agyapong Brags