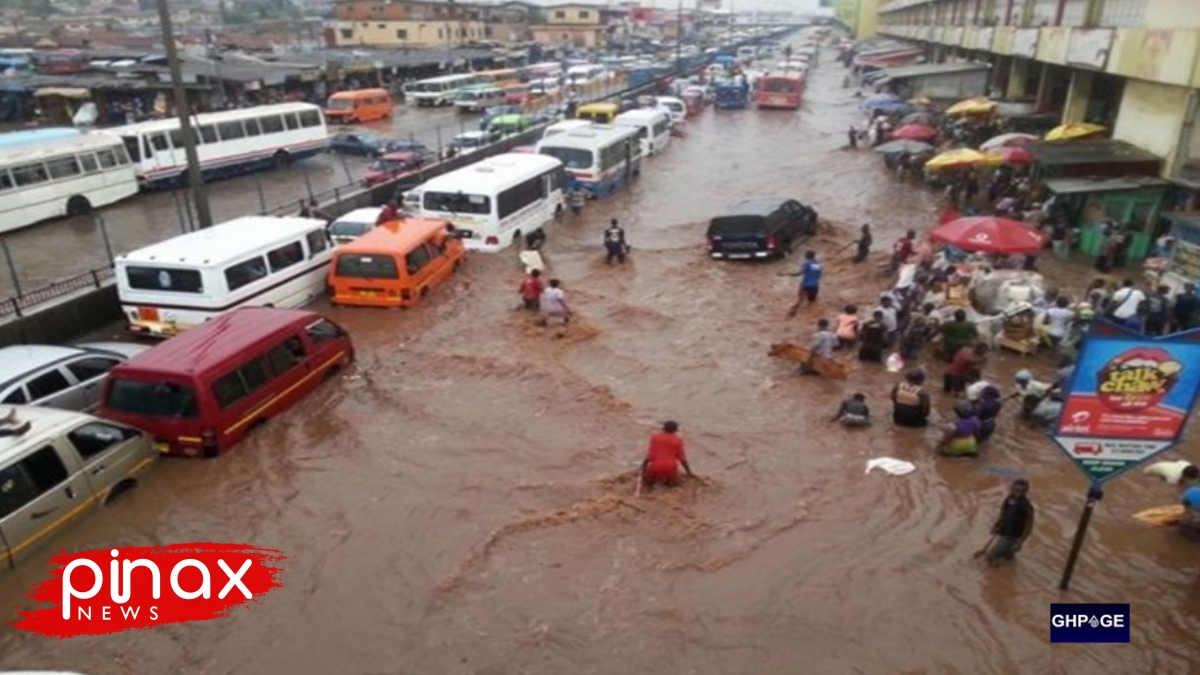 Some parts of the Great Accra Region have been flooded following a downpour on Tuesday morning July 5, 2022.

As a result of the heavy downpour and floods in major parts of the city there has been huge traffic on many roads making human and vehicular movement slow.

Areas like Royal Fiesta junction, Spintex, Accra-Nsawam road and Kaneshie first light and many others have been flooded.

Many Ghanaians are already lamenting over the floods in the city anytime it rains yet nothing has been done by their leaders as far as flooding is concerned.

Reacting to the manner in which the country city gets flooded anytime it rains many of them have bemoaned the rate at which people lost their lives and property anytime it rains yet nothing is being done about it.