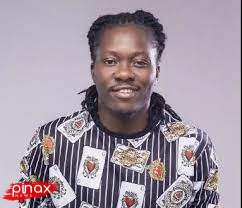 Skrewface, one of Ghana’s popular musician, has made a revelation that the sudden disappearance Castro, has been the reason behind his long break from the music scene.

According to Skrewface ,who’s real name is Jehoshaphat Kwabena Eshun, the bond and connection he had with Castro was very unique.He made this interesting revelation on Kastle FM in Cape Coast.

Skrewface opened up to Amansan Krakye saying,“When Castro left or whatever happened it took something away and so that was the main reason why I had to pause a bit from music.”

“We’ve been together for so many years and wherever you’d see Castro you’ll see me and when we do songs that connection is really there.”

“It got to a point that any song you’ll hear me on you’ll surely hear Castro’s voice in there because if you feature him, he’ll recommend me to be part of the song,” he added.

Theophilus Tagoe,popularly known as Castro,released many hit songs with his close friend Skrewface, but was unfortunately declared dead in 2021 after he went missing in July 2014 under strange circumstances while on vacation with Ghana’s renowned footballer Asamoah Gyan.