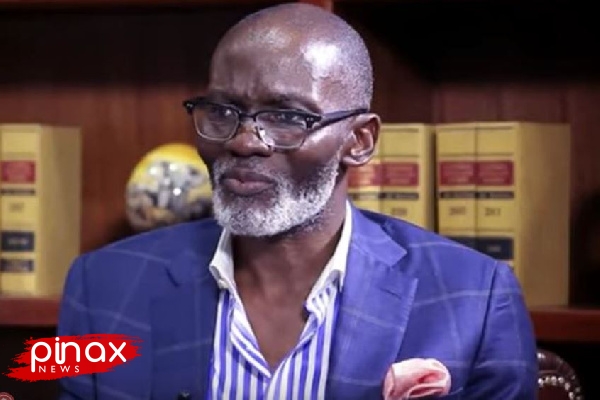 Gabby Asare-Otchere Darko,(a leading member of the New Patriotic Party),says that only time will judge the good works of the Nana Akufo-Addo led government.

According to Gabby,it’s very rare for a government to payback every single dime of the monies people lost when a lot of banks were collapsed, he claims that this current government have been better managers of this country’s economy.

Gabby stated “I haven’t seen anywhere in the world where banks collapse and the government guarantees you every money you had in the account. It hasn’t happened anywhere before. Show me one country where this is happening but it happened here in so-called poor Ghana”.

“GHc24 billion; imagine what that money would have been used for. Government still had its manifesto promises yet there was a crisis that it faced yet it found the money. Unbudgeted – GHC24 billion and we still wonder where the money is, where the money of Ghanaians are?”

He made these statements, at the National Tertiary Students Confederacy (TESCON) Training and Orientation Conference in Kasoa, in the Central Region. He also mentioned that the Nana Akufo-Addo government has invested more in sectors of the country than any other government in the the history of Ghana.

He went on to say,“When a government has invested more in agriculture, more in health, more in education, more in security, more in government institutions, more on roads, more on infrastructure than any government in the history of this country and still found GHc24 billion to give back to depositors. And we wonder, and we allow all the propaganda to get to us, to hit our morale (sic). I know that posterity will judge the Akufo-Addo government well but we should not wait for posterity because if we wait for posterity, you know what will happen? Every government breaks after eight years… if you want to cross the eight, you must be bold and proud of what you have achieved.”

What’s your take on this issue,kindly leave a comment.