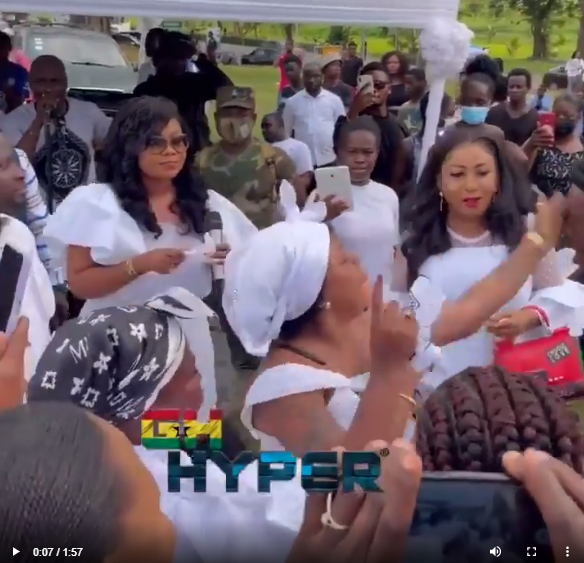 Recall that we reported that self acclaimed queen of comedy Afia Schwarzenegger slapped a guy at her dad’s funeral while money was being splashed on her by some guests.

Afia has however explained why she landed that hot slap on the man’s face while reacting to a questioned asked by Tiktoker, Maa Linda on why she slapped the man.

She explained that she slapped the man because he was abusing her elder sister and so she had no choice than to slap him.

Afia expressed that whatever happened that day has been misconstrued by netizens.

She revealed that the guy she slapped who had no business at the funeral trying squeezing money from the hand of her elder sister.